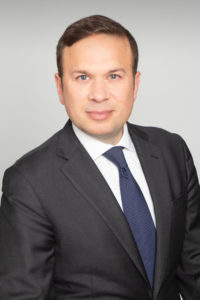 Nicolas Manardo is Partner at Amethis. As Head of the European strategy, his responsibilities include deal sourcing and analyzing, as well as overseeing due diligences and leading transaction execution teams.

Nicolas Manardo has over 20 years of experience in investment and investment banking in France and abroad. He joined Amethis in April 2021 after 3 years as Managing Director in the small caps team of LBO France where he completed several majority and minority transactions. Between 2009 and 2017, Nicolas worked at Bpifrance where he managed the Smidcaps activities (equity and debt).

Prior to that, he spent several years in M&A at Lazard and Société Générale CIB, where he advised funds on their LBO transactions. He also worked for the Saint Gobain group in various positions as Head of materials distribution subsidiaries in France, Mexico and Italy. Nicolas has completed about 15 transactions since 2009.

He graduated from ESCP Europe and is certified in Lean – Six Sigma from Ecole Centrale Paris. He speaks French, English, Italian and Spanish.