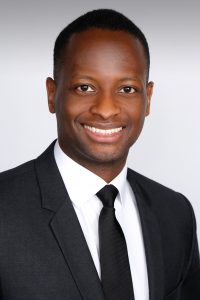 Frank-Astère Ndiyo-Butoyi is Investment Director at Amethis. He is based in Nairobi.

Mr Ndiyo-Butoyi’s responsibilities at Amethis include financial sector deal sourcing and executing, as well as overseeing due diligences and executing transactions.

Prior to joining Amethis in 2015, Mr Ndiyo-Butoyi worked for KPMG’s Transaction Services department in Paris, mainly in the financial services sector, conducting due diligence and valuation missions, primarily in Central and West Africa. Previously, he worked for two years at Société Générale in New York, after starting his career with HSBC and Natixis Finance in Paris.

Mr Ndiyo-Butoyi holds a degree in global markets and investment banking from Dauphine University (Paris). He is a native of Burundi and is fluent in English, French, Rwandan and Burundian.