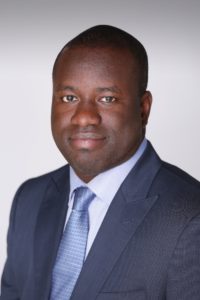 Hamada Touré is Investment Director at Amethis. He is based in Paris.

Mr Touré’s responsibilities at Amethis include deal sourcing and analyzing, as well as overseeing due diligences and leading transaction execution teams. He is focused on West Africa, Nigeria and South Africa. Hamada is board member for Afriwara Group and board observer for Boulos Group. He also oversaw Fund I’s debt transactions.

Prior to joining Amethis in 2014, Mr Touré was Head of Investment Banking for Francophone Africa at UBA Capital in Lagos, overseeing M&A and Project Finance transactions in the region. Previously, he worked for Afribridge Capital, an Africa-focused investment and advisory firm based in Dubai, and for Schlumberger, after beginning his career with Arthur Andersen in Paris.

Mr Touré holds a degree in financial audit from Dauphine University (Paris). He is a native of Senegal, is fluent in English, French, Wolof and Soninke and is proficient in Fulani and Lingala.