The signing ceremony took place alongside the second edition of the Africa CEO Forum in Geneva.

AWA will target minority equity investments in mid-sized companies to support their development and regional expansion. AWA aims at contributing to the reinforcement of Francophone Africa by addressing the long term financial resources shortage characterizing this region.

AWA is a pioneer and innovative initiative in the African Private Equity environment in the sense that it will be the first private equity fund registered in Francophone Africa. This initiative offers attractive investment opportunities for insurance companies while enabling a mobilization of local savings. Indeed, AWA has been structured such that it is an eligible investment to the cover of technical reserves of Insurance Companies regulated by the CIMA Code. AWA will be majority owned by Amethis alongside local and regional institutional investors.

Luc Rigouzzo and Laurent Demey, Managing Partners of Amethis Finance declared « AWA constitutes a major innovation in the Private Equity industry in Francophone Africa. Amethis is proud to contribute, with the support of leading institutions such as BOAD, CDC Gabon and Colina Group, to the local savings mobilization and to the development of the economic tissue of Francophone Africa. »

Laureen Kouassi-Olsson, investment director at Amethis Finance in charge of the structuring of AWA added « This initiative, which is a subsequent application of the Uniform Act on Commercial companies’ recent reform, is a testimony of the constant improvement in the OHADA regulatory framework. We hope it will foster the development of the private equity industry in Francophone Africa. »

The BOAD Vice President, M. Bassary Toure considers that « AWA creation is fully justified by the existence of a buoyant Private Equity market in the CIMA zone. AWA creation meets the sub-regional SMEs needs in support and governance reinforcement. We welcome AWA with great satisfaction since its establishment occurs in an environment where the promotion and diversification of financing instruments to the private sector are central concerns to BOAD.»

M. Alain Ditona, CEO of the Gabonese Caisse des Dépôts et Consignations pursued: « We are very happy to participate in this project alongside Amethis Finance. Amethis West Africa will have a ripple effect on the whole region and will greatly contribute to the local savings investment into long term projects. We further welcome this initiative which will foster the economic integration of the UEMOA and CEMAC zones. »

M. Raymond Farhat, CEO of Saham Finances stated: « As an institution operating in Africa, we allocate a part of our assets in investment vehicles offering interesting returns while recognized as reserves hedging. A vehicle such AWA represents an opportunity for any institutional investor seeking diversification and profitability. We are glad to take part in this fund and participate thanks to Amethis’ expertise to the development of the economic tissue of the CIMA zone. »

Amethis Finance is a private equity fund dedicated to Africa, with an investment capacity of USD 340 million since the first closing in December 2012. Amethis Finance has been founded by Luc Rigouzzo and Laurent Demey in partnership with La Compagnie Benjamin de Rothschild. They were joined by several private investors, financial institutions and family offices. Amethis offers to its clients a full set of long term financial instruments: Equity, long term debt with high objectives in terms of social and environmental development and governance while offering attractive returns perspectives for its investors. Amethis Finance will achieve its fundraising by the end of May 2014 and targets a final closing of USD 500 million.

Created in 1973, the Banque Ouest-Africaine de Développement (BOAD) is the development financing institution based in Lomé (Togo) jointly owned by the states of the West African Economic and Monetary Union (WAEMU). The member states of BOAD are Senegal, Ivory Coast, Togo, Niger, Mali, Guinea Bissau, Burkina and Benin. BOAD is a public establishment with international nature whose mission is among other promoting a balanced development of its member states, the achievement of the economic integration of West Africa by financing priority development projects. BOAD’s interventions in the financial sector are mainly related to equity participations for the promotion of new financing tools and market animating structures.

Created in August 2010, the Caisse des Dépôts et Consignations du Gabon is a public financial institution backing the public policies of the Gabonese state. It assures the link between the local savings market and the investment needs of the Gabonese economy. Since its inception, CDC has invested nearly 50 million euros to support private investments. CDC manages about ten investments in companies such as SFM Gabon (timber industry and ecotourism), la Compagnie minière de l’Ogooué or Rougier Afrique International. In 2013, CDC had a total balance sheet of 291 million euros of which 63.65 million euros of equity and a net result of 9.12 million euros.

Colina is a pan-African insurance group present on the continent since 1980. It was acquired in 2010 by the SAHAM group as a platform for its africain expansion.. Today, Colina is present in more than 17 countries in West and Central Africa and recently in East Africa.

The SAHAM group’s ambition is to promote South-South trade and partnerships and to contribute to the economic and social growth of the African Continent. The SAHAM Group, with revenues of USD 1.1 billion and more than 6,000 employees position itself as a leader on the whole African market thanks to complete panoply of solutions and innovative products adapted to its clients on the segments of the Life and Non-Life insurance. The group’s commitment is to protect, care and support its customers so that their future is better. 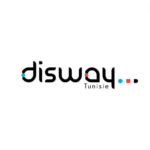 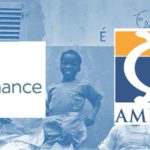 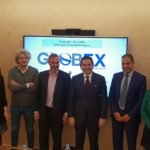 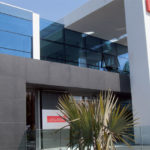 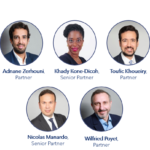